St. Mary’s pupils engage in many physical activities throughout the school year, however, it has been a particularly busy few weeks for the students recently.

CCN Coaches:
A big thank you to our coaches who have finished their visits for the year. Each class got a six week block of coaching in either soccer, rugby, spikeball or hurling. The children really looked forward to their Wednesday coaching sessions.

Active Schools Week:
The school was a hive of activity during ASW. Pupils got to wear their school tracksuit everyday and took part in extra PE lessons or physical activities. Even the weather didn’t dampen our spirits as there plenty of dancing in the classrooms!! Great fun was had by all.

Walk on Wednesday:
Our WOW took place during Active Schools Week. There was a great turnout at the Plaza from where we all walked to school together. There was lots of singing and chatting to be heard on route. 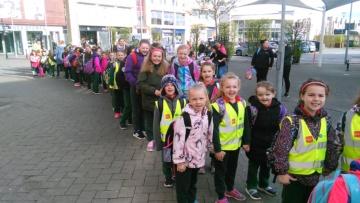 Schools Athletics:
It’s that time of year again when our thoughts turn to the Friary College. Trials were run off before Easter and we had over forty pupils represent the school. Each pupil who took part did their very best and we in St. Mary’s are very proud of you. Some of our athletes qualified for the Western finals which took place last Thursday, and as a result have qualified for the County Finals, which takes place on Thursday, 31st of May. Training continues every Thursday after school for children from 1st to 6th class. 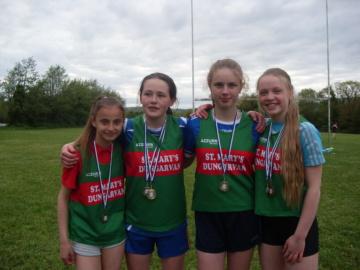 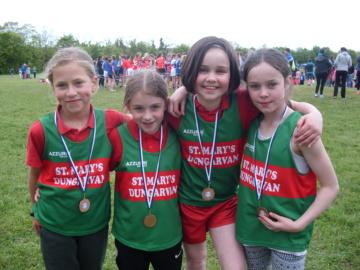 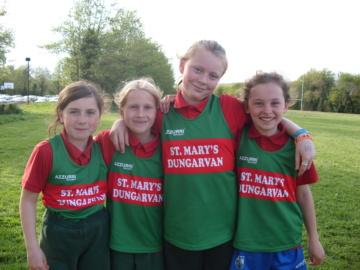 School Camogie
Our school camogie team have been training hard for the last number of months for this year’s championship. They played two games; one against Bunscoil Gleann Sidheáin and the other against Scoil Gharbháin. The girls competed competitively against both, resulting in one victory and one loss. Unfortunately they did not qualify for the latter stages of the competition, but can be very proud of their performances. 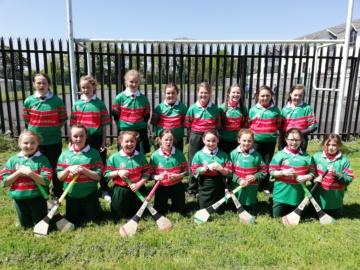